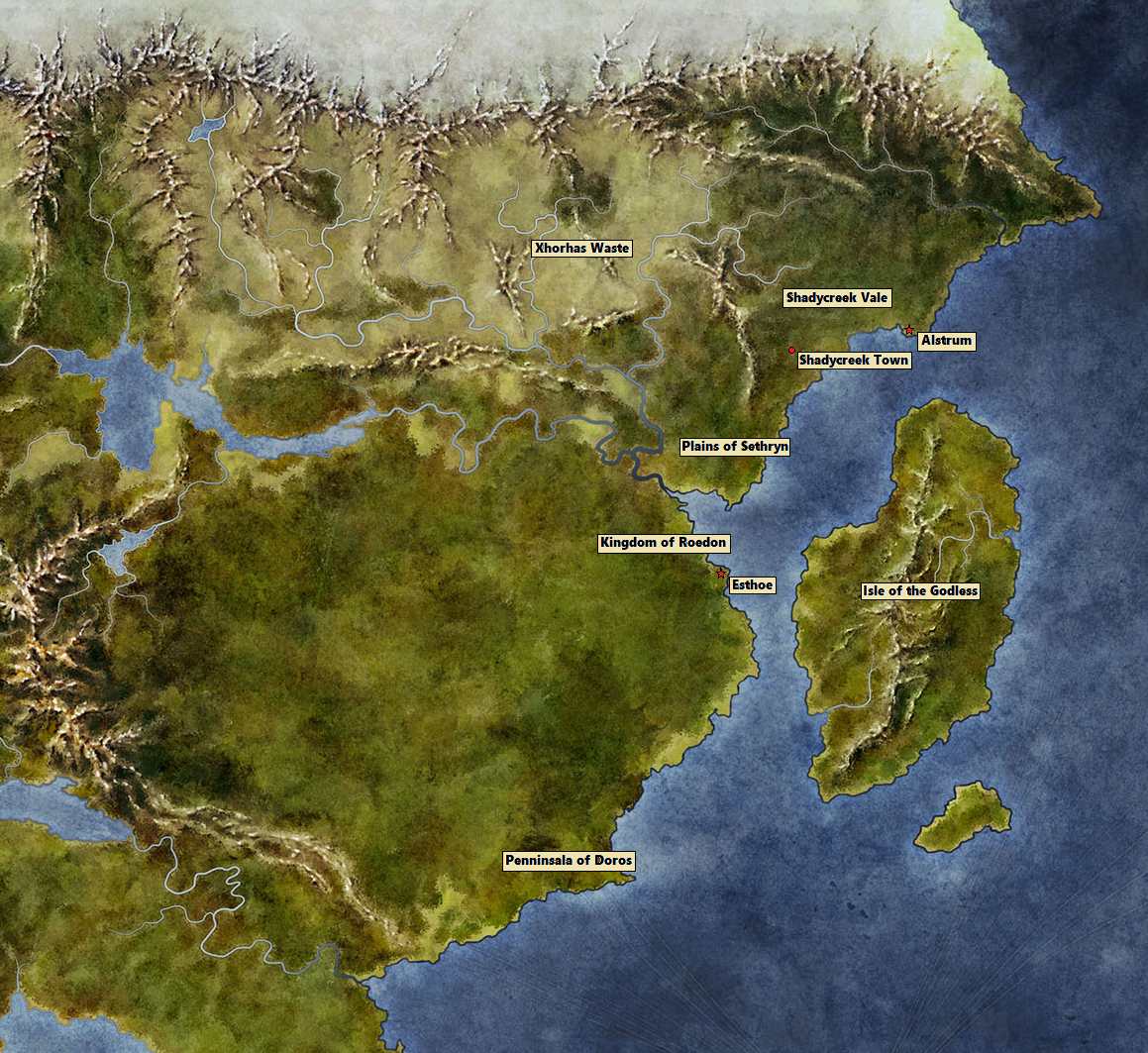 The Windblessed Coast of the Endless Sea is generally considered a civilised region.

For most of the central portion of the Windblessed Coast, the reminents of ancient port towns, dating back to the centuries old Empire of Xhorhas , still have an influence on the arcitecture of the port cities of the modern nations.

The coastal cities of the Shadycreek Vale, Plains of Sethryn , the Kingdom of Roedon , and as far south as the Penninsala of Daros, are all built on the foundations of ancient Xhorsian towns, built around great Watchtowers that covered the coastline as a diligent vigil over the distant Isle of the Godless , that at it closes lies fifty miles off-shore. Access to the Isle is forbidden by the gods themselves and over the years adventurers and explorers have braved the wrath of the varies churches and the gods themselves, but those few who returned had no memory, beyond the day they left their home port.

South of the Windblessed Coast, the coastline continues for hundreds of miles until it finally reaches the desert shores of the Sapphire Empire , with its jewel being the port city of Qushmarrah.

Ascendant campaigns can view previous versions of their pages, see what has changed (and who did it), and even restore old versions. It's like having a rewind button for your campaign.

We've already been saving your edits, so if you upgrade now you will have instant access to your previous versions. Plus, you get a 15-day free trial, so there's nothing to lose.

I'm sorry, but we no longer support this web browser. Please upgrade your browser or install Chrome or Firefox to enjoy the full functionality of this site.